The Agribusiness Association of Iowa, along with nine Iowa other agriculture groups and association leaders,  Governor Reynolds and Iowa Ag Secretary Naig, sent a letter to Ambassador Robert E. Lighthizer. Ambassador Lighthizer is with the Office of the United States Trade Representatives in DC. The letter requested that he "take urgent action to resolve the Section 301 trade dispute with China in a way that protects farmers, manufacturers and our state's economy." The Administration is accepting public comments through May 11. 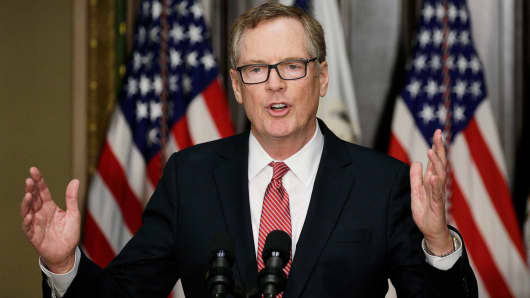 The state of Iowa requests that you take urgent action to resolve the Section 301 trade dispute with China in a way that protects farmers, manufacturers and our state’s economy.

Trade is vitally important to the health of Iowa’s economy. In 2017, Iowa exported more than $13.2 billion in manufactured goods and value-added agricultural products to 185 countries. The agricultural products coming out of Iowa contribute to one of the country’s few trade surpluses. Actions that limit our access to export markets risk adding to the U.S. trade imbalance.

Here in Iowa, we know that our products are some of the best in the world. For our farmers to be successful, we need to grow – not contract – our markets.

China is an extremely important market for our state. One-third of our state’s $5 billion soybean crop is exported to China. The U.S. exports more than $1 billion of pork to China and Iowa farmers are responsible for 30 percent of our country’s pork production. The China market was just recently reopened to U.S. beef after more than 15 years of delays and is a tremendous potential market for the 4 million head of cattle being cared for in our state. They continue to raise baseless barriers to poultry trade, to the detriment of Iowa producers. Iowa also leads the nation in corn and ethanol production, both now facing additional trade barriers.

Agricultural products grown and raised here in Iowa and across the heartland have unjustly been placed at the center of this trade dispute, creating significant concerns and market uncertainty.

Many Iowa-based manufacturers have already been adversely affected by the tariffs that have been imposed. Companies across the state, whether they are large companies with a global footprint or smaller, family-owned businesses, are already being negatively impacted.

We recognize there are challenges to our trade relationship with China, including but not limited to forced technology transfer, intellectual property protection, and biotech trait approval delays. China has proven to be a bad actor on numerous occasions and we support the Administration’s commitment to ensuring fair access to our products and fair treatment for our businesses.

However, the potential negative impact on Iowa would be dramatic if this dispute with China is not resolved quickly. In the short-term, we face volatility and uncertainty in our commodity markets. Longer-term, we risk losing market share and damaging this important trade relationship that we have spent decades building.

In addition, the potential damage to export markets comes at a particularly difficult time for our agricultural economy, with depressed commodity prices already adding uncertainty for farmers as they head into the 2018 planting season. Any new trade barriers would create additional hurdles to improving agricultural profitability.

The state of Iowa is a globally-recognized, highly productive agricultural state that depends on open access to international markets. We urge you to resolve this trade dispute swiftly and in a manner that does not put Iowa farmers and manufacturers in the crosshairs. Our people and our economy depend on it.

View a signed copy of the letter

We use cookies to ensure that we give you the best experience on our website. If you continue to use this site we will assume that you are happy with it.Ok