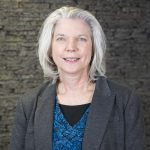 During the 2019 fall AAI board meeting in Ankeny, Shelly Kruse was elected to serve on the Executive Committee as Board Secretary. Kruse currently works for Growmark as the VP of Midwest Retail. She has worked with Growmark since 2008. Kruse graduated from Northern Illinois University and Lewis University. Kruse originally joined the board in 2018 after being elected to the role of District 1 Director, which she will continue to serve as for our NE Iowa members.

The AAI Board of Directors met on Friday, September 13, 2019, at the Iowa FFA Enrichment Center in Ankeny. This critical annual Board of Directors meeting included presentations by Josh Remington, Executive Director of Iowa FFA, and Rob Denson, President of Des Moines Area Community College. In addition to the regular business and valuable committee reports presented at this meeting, including approval of the 2020 Fiscal Year Budget and Executive Committee / Officer Elections.

The Board welcomed newly elected board members:

The membership re-elected Bennis as the District 3 Director, following his appointment last year. The Board also recognized Mark Morrissey, United Services Association, and Mike Moellenbeck, River Valley Cooperative, for their service as Chair in FY 2018 and FY 2019 respectively.