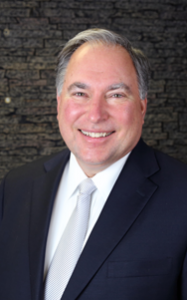 The Fertilizer Institute (TFI) Board of Directors elected Joel Brinkmeyer, Agribusiness Association of Iowa (AAI) CEO, as an Honorary Director. The non-voting role provides an opportunity for the TFI board to hear from state-level organizations and from a key fertilizer use state in the Midwest.

The TFI board elected Brinkmeyer during their Annual Meeting on February 13, 2018. During his term on the board, Brinkmeyer will attend the institute’s biannual Board of Director meetings. He is one of three honorary members. The TFI Board is made up of 38 voting members representing the fertilizer industry in the US.

“I am looking forward to continuing the strong ties between AAI and The Fertilizer Institute as well as representing the state level interests on the board,” said Brinkmeyer. “This is a great opportunity and the association is pleased to take part.”

Brinkmeyer will serve a three-year term running through February of 2021.

TFI is led by its President, Chris Jahn, who has been a strong supporter of the fertilizer industry in Iowa and of Iowa-based initiatives.