Agriculture groups had an opportunity to meet with Environmental Protection Agency (EPA) Acting Administrator Andrew Wheeler at the Iowa State Fair on Monday, August 13. The invite-only roundtable meeting provided an opportunity for the groups to ask Wheeler questions. This was Wheeler first trip to Iowa as acting administrator of the EPA.

An underlying theme of Wheeler’s comments was providing certainty to the rules, using common sense, and using sound science. While many questions revolved around ethanol and the Renewable Fuels Standard, Wheeler also addressed WOTUS and dicamba labeling. Wheeler noted that label questions for dicamba will be settled this November so that farmers and agribusinesses can make decisions for the 2019 growing season. He also said that the WOTUS rule will be finalized in the next 60 days, which will then open the period of public comment. Wheeler promised a clear-cut rule with a well-defined jurisdiction for WOTUS.

Watch coverage on the Agribusiness Report. 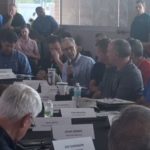 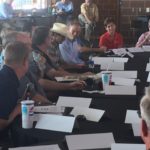 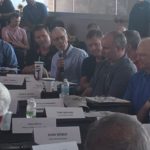 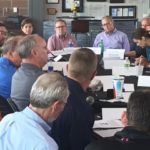 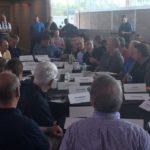 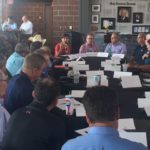 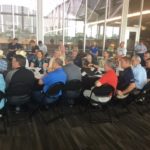 The Take Five weekly email newsletter keeps the agribusiness industry in Iowa up to date on AAI efforts and shares insight on the week’s news.